In recent years, racial profiling, or the use of race as the basis of law enforcement decisions, has diminished on a nationwide basis but persisted in specific jurisdictions....
by aevailla November 6, 2016 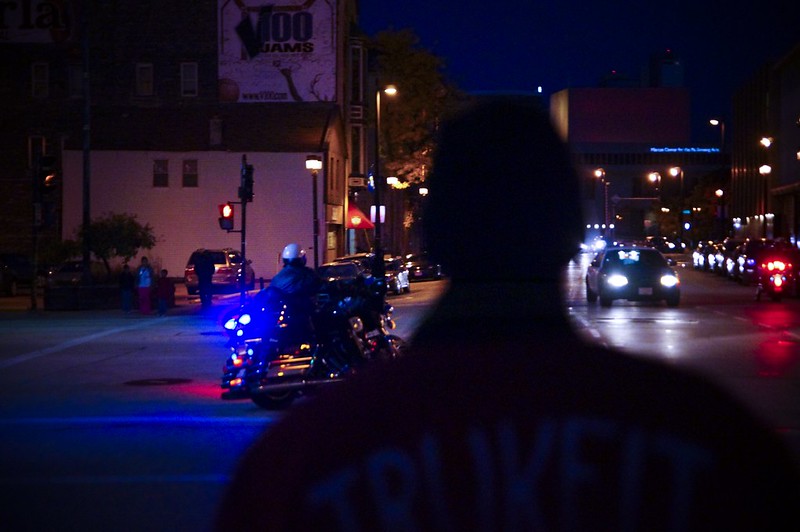 In recent years, racial profiling, or the use of race as the basis of law enforcement decisions, has diminished on a nationwide basis but persisted in specific jurisdictions. Although this phenomenon has generated significant research and sparked media attention within the last decade due to high profile cases of police brutality, the roots of racial profiling date back to the advent of cars. This paper aims to discuss why the occurrence of racial profiling is more spatially confined to specific communities today and to what depth racial bias has permeated “car culture” since its inception. Racial profiling, in addition to being entwined in our biased criminal justice system, is embedded in our social structures, ideologies, and environments and thus influences our perception of American automobility and media.

“Driving While Black” defines the experiences people of color face today as motorists because of their race and places the phenomenon front and center in a long history of racial inequality in transportation. A “black highway consciousness” was formally developed after the mass advent of cars and alerted black drivers to police harassment and segregated roadside mechanical and medical aid, food, and shelter (Seiler, pg. 108).Today, criminal justice practitioners’ use of discretion is often unintentionally influenced by racial bias. Police officers are more likely to stop black and Hispanic drivers for investigative reasons, search their vehicles, and arrest them. According to nationwide surveys released in 2012, black and Hispanic motorists, once pulled over, were three times as likely as whites to be searched and blacks were twice as likely as whites to be arrested (Harris, pg. 8). People of color, additionally, have receive higher car interest rates, higher prices in used car lot operations, in auto repair quotes, and higher insurance rates. Used cars lots, such as J.D. Byrider, have been known to set up shop in depressed neighborhoods in order to target those with poor credit ratings or those ineligible for car loans because they don’t have established credit. The placement of transportation routes also has a disparate impact on communities of color and communities of lower socio-economic status.

The Back on the Road CA coalition was started to bring light to the issue of racial bias in policing and traffic courts in the state of Califronia. In Los Angeles County, “Black people are 9.2% of the population yet 33% of those arrested for driving with a suspended license” (Stopped, Fined, Arrested). White individuals make up roughly 27 % of the county’s residents yet account for around only 15% of people arrested for driving with a suspended license. This shows that arrests of Black and Latino individuals happens in specific neighborhoods with high poverty rates, low household incomes, and low unemployment rates. The fees and fines that these communities rack up end up pushing them further into poverty. A two-tiered system, that favors those with money and disenfranchise those without, has emerged in traffic courts in state of California and in numerous other states.

The relationship between environmental injustice issue and transportation planning, also, can’t be ignored when talking about race and automobility. The Peace Bridge, which transects through the West Side neighborhood of Buffalo, NY, has negatively affected the multi-racial communities that reside directly adjacent to it since the implementation of NAFTA. The heightened traffic flow through this NAFTA corridor increased asthma rates and point-source respirable particulate air pollution between the years of 1996 and 2000 (Oyana, Rogerson, Lwebuga-Musaka, 2004). And lastly, Vermont, as a predominantly white, rural state, is not immune to instances of racial profiling and racial injustice. In fact, a roughly five-year study (from 2010-2015) of Vermont State Police released by Northeastern University’s Institute on Race and Justice found that non-white drivers, blacks in particular, were more likely to be stopped, given citations, and searched than white drivers (McDevitt, Iwama, 2016.).The Institute on Race and Justice recommended that Vermont State Police develop an in-service training program to address any enforcement practices that are bias and continual monitoring of enforcement practices. Therefore, achieving familiarity and cultural competency in multi-ethnic and multi-racial communities like Burlington, VT is still a work in progress. Across the nation, municipal and state law enforcement agencies must continue to make progress in their communities through progressive training, inclusive community outreach, and the continual monitoring of current police practices.

Lutz, C., & Fernandez Lutz, A. (2010). Carjacked: The Culture of the Automobiles & Its Effect on Our Lives. New York City, NY: Palgrave Macmillan.

Seiler, C. (2008). The Republic of Drivers. Chicago and London: The University of Chicago Press

Thompson, D. (2013). The Price Is Racist: When Minorities (and Women) Are Asked to Pay More. The Atlantic.

Bio: I’m an undergraduate student who aspires to be a city planner that focuses on issues of affordable housing, climate change, public space, transportation, schooling, and food access in the hopes of creating healthier, more sustainable, and social just cities.