How one woman's dedication is inspiring others
by Katy Bain November 6, 2016 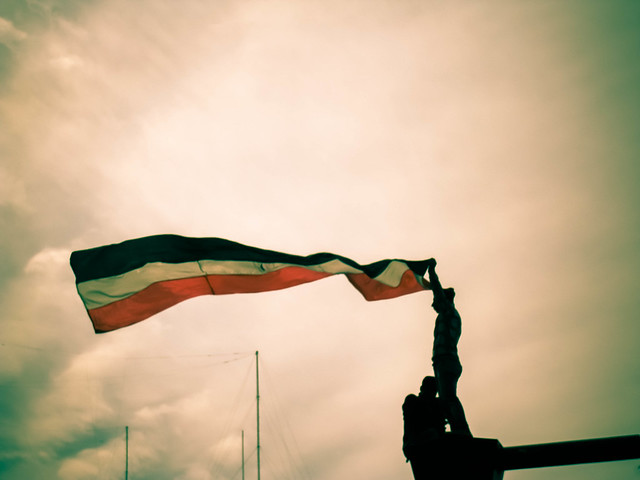 Following the 2011 uprisings, civil rights issues in Egypt have become more and more prominent. Various activists and organizations protest the strict laws concerning things such as the freedom of speech and religion, women’s rights, and police brutality. One woman in particular, Mahienour El-Massry, has come into the spotlight. She is often referred to as “a voice of the revolution” and a “champion of women’s rights.” El-Massry’s activism has had a profound influence on the various human rights issues occurring throughout Egypt. Starting in 2008, Egyptian political activist and human rights lawyer Mahienour El-Massry has played an integral role in promoting and organizing the civil rights movement throughout Alexandria.

Mahienour El-Massry was born in 1986 in Alexandria. She is a dedicated lawyer and activist and is involved in a multitude of causes, such as human and women rights, anit-police brutality, and anti-government corruption. In response to these issues, she organizes many issues such as guarding and protecting Syrian refugees in police stations to ensure they are not tortured or brutalized. As a result of these actions and her dedication to activism, El-Massry has been arrested several times: once in 2008 for attending a conference held by April 6 Movement, a second time in 2013 for participating in an illegal protest, and a last time in 2015 for staging a sit-in in response to police brutality. During her second incarceration, she was award the Ludovic Traieux Award for her work regarding human rights: she was the second person since Nelson Mandela to be given the award while in prison. Mahienour El-Massry has become the “voice of the revolution.” Her dedication and passion for the revolution and the struggle for human rights has become a beacon of hope for the people of Alexandria.

Because of the global focus on Egypt throughout its uprisings, many articles have been written about both its revolution and its standout activists. Three articles in particular discuss the impact El-Massry had on Egyptian activism. Run Mahienour Run discusses several of the specific actions El-Massry has taken throughout the Egyptian Revolutions, including staging peaceful sit-ins and protests, that have helped cement her as a key player in the Egyptian civil rights protests. A Daily News Egypt discusses the Egyptian Regime’s dislike of her dissent and outlines the sacrifices El-Massry made, including being arrested and sentenced to over a year in Egyptian jail, in support of her beliefs. Egyptian Streets names El-Massry as Egypt’s “Beacon of Hope”. It discusses the direct impact El-Massry has had on both the civil rights movement’s action and the people involved in it. It explains how her “dedication to the revolution and the fight for basic human rights is a beacon of hope… the passion and dedication that drives Mahienour has been central in the fight for dignity, equality, and basic human rights… Mahienour is the conscience of Alexandria.” It is the dedication and hard work of people like Mahienour El-Massry that will effect real change in the world.